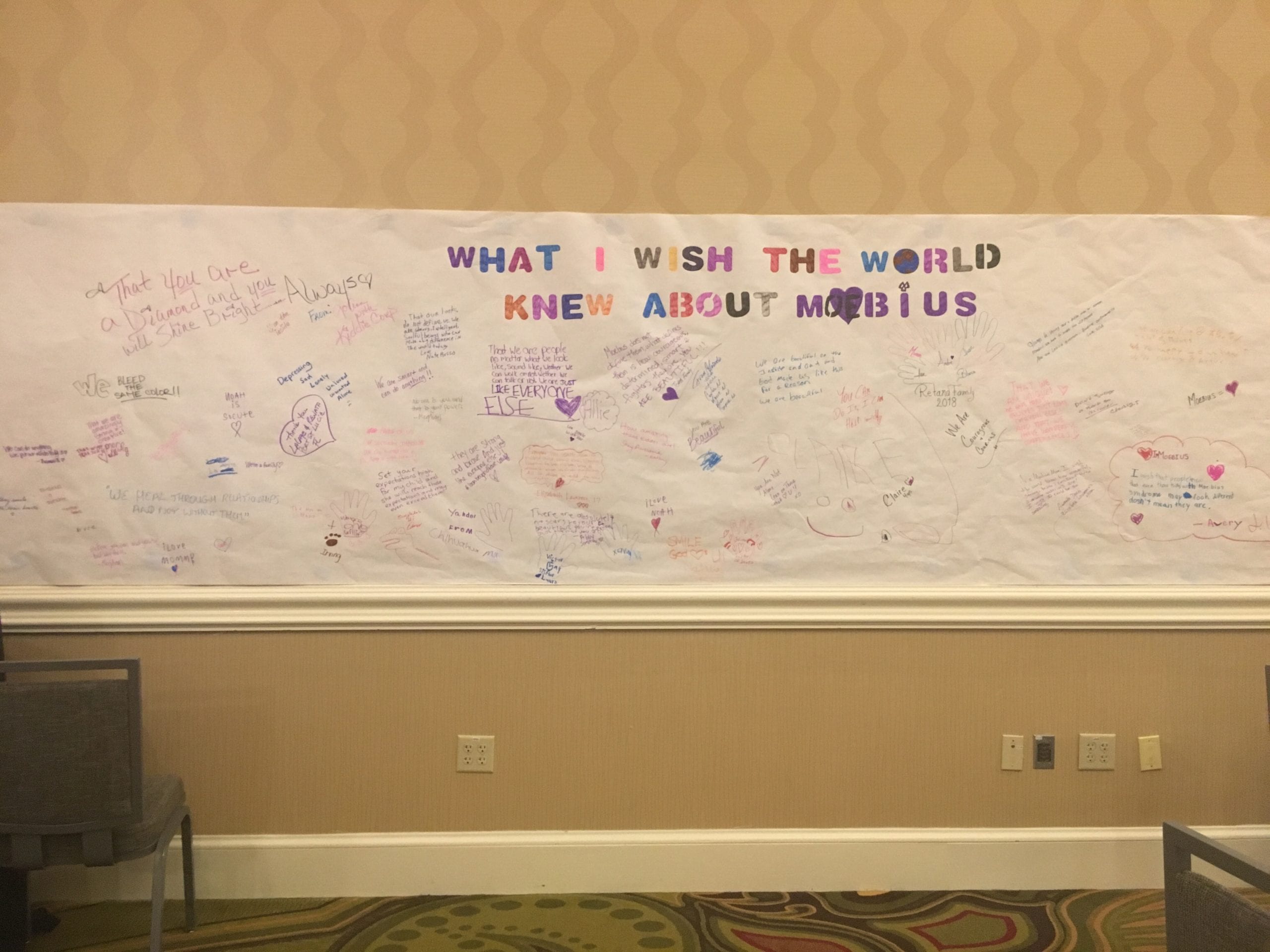 The reason for this blog post is to educate and inform about something that is close to our hearts here at Lowen’s. Awareness of differences in our community is so important to us.

Imagine living with a neurological condition that very few have heard of; one that even fewer live with every day. Imagine getting curious glances, or worse yet, questions asked in a rude manner such as “why do you look like that?”

There are very few people who know what it is like to live this life with Moebius syndrome. Never heard of it? You are not alone. Many medical professionals haven’t either. Moebius is thought to affect only around 10,000 people globally.

So, what exactly is Moebius syndrome?

This has been my life for the past 28 years. I have Moebius syndrome which causes a myriad of symptoms, including: facial paralysis. This rare condition is the result of malformation or underdevelopment of some of the cranial nerves. Those are the nerves in your brain that control such things as facial movement, swallowing and eye movement…

Those with Moebius generally can’t smile, blink, grimace or really move their face at all. Quite a vast spectrum when it comes to Moebius, with some being affected in more ways than others. Some people with Moebius have missing limbs, feeding tubes, strabismus (misalignment of the eyes), hearing loss and/or autism. Some have one or two symptoms, some have all and some have none other than facial paralysis.

Unfortunately, it is not yet known what causes Moebius syndrome, but there is research into genetics happening right now. Not known if the syndrome is genetic or not. Also, no cure. But there are many treatments, such as speech therapy, OT, etc. Surgery is another option to treat things like the lack of a smile.

I was 5/6 when I had the “smile surgery” (they do it in two parts) which now has given me the ability to form my version of a smile. My surgeon was the incredibly amazing Dr. Ron Zuker from the SickKids hospital in Toronto, Ontario. He was the one who really pioneered this groundbreaking surgery. Now, he sits on the Scientific Advisory Board for the Moebius Syndrome Foundation (I sit on the Board of Directors.) Proudly, he is very involved with the foundation and attends all conferences. Lastly, the Moebius community is so incredibly lucky to have a medical professional, as wonderful as he, on our team.

The symptoms vary, but the struggle that those with Moebius go through is very much a similar experience for all. I can’t say that everyone experiences the exact same things, but the common thread in all of our experiences is that of prejudice and misconceptions.

Assumptions that I hope to eradicate:

So many assume, just because someone looks or sounds different. Well, they must have a mental disability as well… In some cases, for people with Moebius, this may be true. However, most of us do not.

There is obviously nothing wrong with having an intellectual disability. Generally I can tell right away when someone thinks that I have a mental disability. They tend to speak louder and slower, as if I can’t understand. Some people do ask me about Moebius. However, I feel like some just can’t, won’t and don’t want to learn or understand. It’s much easier to live in your own world and be blind to those around you.

I have both a Journalism Diploma, now a Bachelor of Communications Degree. Meaning, I don’t need to validate myself or my abilities to anyone. On the other hand, I’m frustrated with the people who believe that I could never possibly amount to anything. Solely based of my differences.

Why is Moebius awareness important?

I have experienced prejudice for my entire life. Also, the reason why it’s my life mission be an advocate. Not only for myself, and those with Moebius, but for anyone with any kind of difference. Truly, it’s important for me to not hide or shy away from the awkward stares and comments. For I know that these experiences give me momentum to raise more awareness and be a stronger advocate.

So vital to our community, because Moebius is so rare. 98% of the people I interact with on a daily basis have never heard of it. Another reason why I have done countless interviews for local media, been featured in Chatelaine magazine in 2016, and flown to Toronto to appear in on a new CBC show. Not done there, I have planned many awareness events in my community.

Finally, I am also an Ambassador for the amazing organization based in New York City, Positive Exposure. One of the endeavours I hold closest to my heart. Because it is an organization, along with the Moebius Syndrome Foundation, that has both changed my life and impacted me in a way never imagined.

Moebius syndrome is rare, but differences in general are not. Even if you yourself don’t have a disability or difference, someone in your circle of friends or family does, or they know someone who does. Down syndrome, mental illness, cerebral palsy, Apert syndrome, albinism. These are just a very few of the differences that people on this earth face. The core message here is that even when someone appears different, that is never an excuse to treat them as a less of a person or assume that they are not worthy of respect or dignity. I really hope to be able to spread this message throughout society; never judge someone based on appearance, as we are all so much more than how we appear.

How does this apply to my work here at Lowen’s?

As a company, Lowen’s believes in creating skin care for all and embracing everyone regardless of differences. That is one of the things that initially drew me to this company and is part of why I am so passionate about it. It’s not too often that someone is able to land a career with a company that not only has amazing, eco-friendly, safe for all products, but also has a company culture that is truly accepting of all. Diversity, and acceptance of such, is one of the most important qualities to me, personally, and Lowen’s has that in spades; I can speak from experience.

The world needs to see the beauty of difference and diversity! Being different is not something to fear, it is something to embrace. We are all equal. Thanks for reading “Awareness of differences and why this is important to Lowen’s”

Why You Should Consider a Vegan Lip Balm